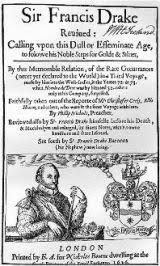 Announcing the CFP for "New Worlds: Cross-Cultural Exchange East and West," a Graduate Conference in Medieval and Renaissance Studies, April 17, 2010 at the University of Maryland, College Park.

The Department of English at the University of Maryland and the Medieval and Early Modern Studies Institute at George Washington University invite graduate students from across the humanities to submit presentation abstracts for "New Worlds," a one-day conference to be held on April 17, 2010.

The "New Worlds" conference will examine various European responses to encounters with people, culture, and lands to the east and the west, as reflected in medieval and early modern literature, art, and music. "New Worlds" aims to elucidate the shifts that these new interactions precipitated in various European philosophies, epistemologies, and perceptions. We intend this theme to be defined broadly, to open up intellectual possibilities, and to offer a broad geographic and cultural scope in keeping with, and advancing, current and emergent scholarly conversations.

Participants might consider a range of approaches to the conference's topic of cross-cultural exchange, including:

-- What kinds of "New Worlds" were medieval and early modern people encountering?
-- How did "New World" encounters shape literature, culture, politics, religions, philosophy, and science, and how did cultural and geographic newness figure as a force for change in European cultures and states?
-- In what unique ways did Mediterranean and Eastern European countries, which represented cultural crossing-points between West and East, respond to European encounters with American New Worlds? How did these responses differ from the arguably more isolated position of England? Or, alternatively, did they differ?
-- How might a broader understanding of "New Worlds" complicate the bifurcated focus on East/West relations in past scholarship of the medieval and early modern periods?
-- What roles do empire, colonization, and nationhood play in "New World" encounters?

Abstracts of 400-500 words for 20-minute papers related to the conference theme should be emailed to gradconf.umd@gmail.com
no later than January 15, 2010. Accepted abstracts will be posted on the conference website, http://medrencopia.blogspot.com
Posted by Jeffrey Cohen at Tuesday, December 01, 2009