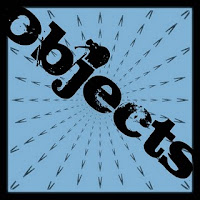 This is a beautiful meditation upon the conference and also upon your own scholarly preoccupations--thank you so much for this, Nedda.