Please join us for the following events during the autumn 2012 and spring 2013 semesters. More will be added, so watch this space, subscribe to our electronic email list by emailing Em Russell, and friend us on Facebook.

Gail Paster
Inaugural Deans Lecture in Shakespeare
"Shylock, Othello, and the Theatrical Coding of Difference: Images from the Folger Picture Archive"
Former GW English professor and Director Emerita of the Folger Shakespeare Library Gail Kern Paster will deliver a lecture co-sponsored by the Dean's Scholars in Shakespeare Program, directed by Alexa Huang, and the GW Medieval and Early Modern Studies Institute. A professor of English at GW from 1974 until 2002, Paster has held fellowships from the Guggenheim and Mellon Foundations. She is the author of three books, most recently Humoring the Body: Emotions and the Shakespearean Stage, as well as numerous other scholarly publications on early modern drama, with a focus on the cultural history of the body and its emotions. She is currently completing an electronic edition of Twelfth Night for the Norton Shakespeare. Her talk is entitled "Shylock, Othello, and the Theatrical Coding of Difference: Images from the Folger Picture Archive." Images of Shylock and Othello from the Folger image database show how these figures of the Jew and the Moor as Other have been represented since the eighteenth century have been presented for consumption and display. Setting images side by side has great heuristic potential for understanding the theatrical coding of difference in an historical trajectory.  The talk is designed for a broad audience and is free and open to the public. A reception follows. 3:30 PM in the Academic Building (Post Hall), GW Mount Vernon Campus

Tuesday November 13
Dennis Kennedy
World renowned scholar and director Dennis Kennedy (Trinity College Dublin) will be giving a talk on "The culture of the spectator." 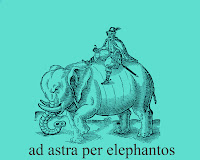