The Culture of the Spectator - a lecture by Dennis Kennedy

Join us on Monday, Nov. 12, from 1-2 for  an exciting talk about The Culture of the Spectator.


It is well recognized in theatre and performance studies that each spectator at an event is likely to have a unique physical and psychological encounter. This recognition, important as it is, has actually hindered full discussion of the spectator, since many scholars are reluctant to ascribe interior attitudes or responses to anyone other than themselves. Further, it is obvious that audiences as groups react outwardly in ways substantially determined by the type of performance, so that live spectators at a football match as a group behave differently than those at a tennis match or a classical concert or a Shakespeare performance. This lecture puts these two issues together to consider how (in the philosophic sense) spectators might react, inwardly and outwardly, as a result of the conditions of the performance itself. The examples, from sport, popular culture, and the theatre, open discussion about a ‘culture’ of the spectator in the present. 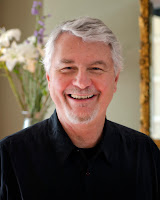 Dennis Kennedy, Beckett Professor of Drama Emeritus in Trinity College Dublin, is the author or editor of many award-winning books, notably The Spectator and the Spectacle, Looking at Shakespeare, Foreign Shakespeare, Shakespeare in Asia, The Oxford Encyclopedia of Theatre and Performance, and its shorter version, The Oxford Companion to Theatre and Performance. He lectures and gives acting workshops around the world, and has held distinguished visiting professorships at universities from Berlin to Beijing. A member of the Royal Irish Academy and Academia Europaea, he has also frequently works as a playwright and dramaturg in professional theatres internationally. In 2005 he directed Shakespeare’s As You Like It in Beijing in Chinese.