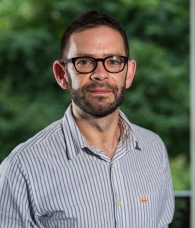 February 19: Anthony Bale will be discussing his new translation of Mandeville’s Travels as the guest lecturer in Jeffrey Cohen's graduate seminar Environ Body Object Veer. You are welcome to attend the seminar this evening, but please contact Professor Cohen first for the additional readings (besides Mandeville in Bale's translation).

Dr. Bale is a Professor of Medieval Studies at Birkbeck University of London and is currently a fellow at the National Humanities Center, North Carolina. His research interests include late medieval travel literature, theories of anti-Semitism and the history of the pre-expulsion medieval English Jewish community.  He is author of the award winning monographs, The Jew in the Medieval Book: English Antisemitisms 1350-1500 (Cambridge University Press, 2006) and Feeling Persecuted: Christians, Jews and Images of Violence in the Middle Ages (Reaktion Books, 2010).  He is the editor of St Edmund, King and Martyr: Changing Images of a Medieval Saint (York Medieval Press, 2009) and the co-editor of John Lydgate’s “Lives of SS Edmund & Fremund” and the “Extra Miracles of St. Edmund (Winter Verlag, 2009).  His most recent project is a new edition of John Mandeville’s The Book of Marvels and Travels (Oxford World’s Classics, 2012). 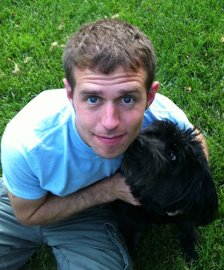 March 1, Friday afternoon, 3 PM: Will Stockton will present “The Fierce Urgency of Now: Queerness, Presentism, and Romeo and Juliet.”  Dr. Stockton is an Associate Professor at Clemson University where he teaches classes on Renaissance literature and queer theory.  He is the author of Playing Dirty: Sexuality and Waste in Early Modern Comedy (University of Minnesota Press, 2011) and the co-editor of Queer Renaissance Historiography: Backward Gaze (Ashgate, 2009).  His most recent edited book, Sex Before Sex: Figuring the Act in Early Modern England, was released earlier this year (University of Minnesota Press, 2013). The lecture will be followed by a reception, and welcomes all who wish to attend.

Both of these events are free and open to the public and will take place on The George Washington University campus, Rome Hall 771.
Posted by Em Russell at Wednesday, January 30, 2013