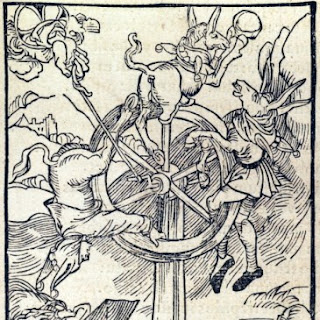 Foucault famously defines order as “that which is given in things as their inner law, the hidden network that determines the way they confront one another, and also that which has no existence except in the grid created by a glance, an examination, a language; and it is only in the blank spaces of this grid that order manifests itself in depth as though already there, waiting in silence for the moment of its expression” (The Order of Things). For Foucault, the great order of the premodern episteme was similitude, equivalence, a God-ordained map that could apply as commensurately to the stars in the sky as to the lives of humans and animals. And yet, were these affinities and similitudes always so readily apparent to medieval and early modern peoples? Did an epistemology of an ordered cosmos police everyday life, make sense of quotidian activity? Or were there disturbances, disruptions, deviations from the ordained that resisted such simple mapping? Has contemporary scholarship excavated slippages in taxonomies and ladders of being, or identified movements across space and time that seem to resist formerly held historical reckonings?

Premodern Disorder seeks to assemble scholarship that examines the ruptures and aporias within a divinely ordered cartography:  failures of taxonomies, outbreaks of disorder, and manifestations of the incomprehensible. How did medieval and early modern people treat objects and bodies that resisted their schemas for classification? In what ways did premodern art respond to questions of transnationalism, provincialism, cross-cultural contact and geopolitics? How did the bourgeois  experience commerce when “Capitalism” was only an inchoate specter haunting the rapidly expanding market? What do we make of the transition from medieval dreams of the apocalypse as salvific to Renaissance depictions of the end-of-times as a chaotic furor and the end of all knowledge?

This symposium hopes to showcase papers from graduate students that address the question of disorder in the premodern period. Topics could include:

We invite graduate students from all disciplines to present papers approximately 15 minutes in length. We also welcome unconventional presentations that still adhere to the time limit of 15 minutes. Pre-arranged panels or roundtable discussions are also welcome, so long as the panel does not exceed one hour.

For more information, please visit our website: https://premoderndisorder.wordpress.com/
Posted by Jeffrey Cohen at Saturday, August 15, 2015 No comments: Links to this post 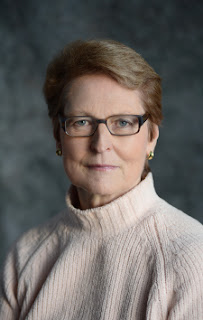 "Countering the Lucrece Effect:
The Performance of Rape on the Early Modern Stage"

The story of the rape of the Roman matron, Lucrece, fascinated early modern writers.  This paper examines the various ways that Shakespeare and his fellow dramatists staged this violent event and in doing so opened up its complicated sexual and political meanings.


Professor Jean Howard is the George Delacorte Professor in the Humanities at Columbia University. She is the author of numerous books, including most recently the award-winning Theater of a City: The Places of London Comedy 1598-1642 (UPenn Press 2007) and Great Shakespeareans: Marx and Freud (Bloomsbury 2012) and she is one of the editors of The Norton Shakespeare: Based on the Oxford Edition.
Free and open to the public. Reception to follow.
Free shuttle to Mount Vernon Campus: full information here.
Posted by Jeffrey Cohen at Tuesday, August 11, 2015 No comments: Links to this post