Between 1330 and 1550 the record-keeping habits of English royal government preserved the names, nationalities and other personal information about over 65,000 aliens living with the kingdom. Those people came from all parts of Europe, and occasionally from beyond. They were received with varying degrees of warmth, appreciation, suspicion and hostility. Sometimes they were given special rights; other times, they were subjection to close regulation. Throughout, they fulfilled a very wide range of functions in the economy and society. You were probably never more than ten miles from an alien in late medieval England. In this presentation and discussion, Sarah Rees Jones will share the capabilities of a new database, England’s Immigrants 1330 – 1550: Resident Aliens in the Late Middle Ages (www.englandsimmigrants.com), as well as exploring some of the wider research that has been enabled by the new resource. The implications are never more timely than now, with 'Brexit' dominating the political agenda in the United Kingdom and debates about immigration raging in many countries across the western world. Participants are actively encouraged to bring other time periods, and their own perspectives, to this debate, and thus to appreciate the deep and multiple historical reverberations of a 'problem' too often assumed to be only a contemporary phenomenon.

The event is free and warmly welcomes anyone who wishes to attend. The National Churchill Library and Center contains some fascinating displays of materials taken from the Churchill archive and is a space that welcomes inquiry especially into Britain's global present and past. For admission to the library, you will need to present a picture ID at the Gelman entrance and inform the desk attendant that you are attending an open-to-the-public event at the Churchill Center. 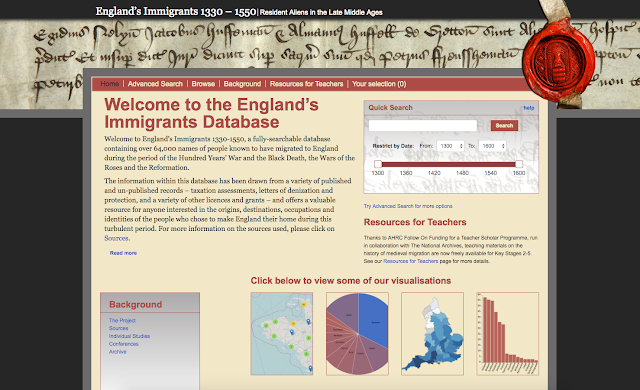